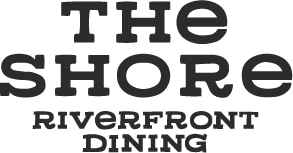 Chef Jacob Burton has been with the Renaissance Reno Downtown Hotel & Spa from the beginning, having been brought in as a consultant as it transitioned from the Siena. In his role as Executive Chef & B (for beverage), he oversees the Shore, Bundox Bocce and the banquet department.

Before joining the Renaissance Reno Downtown Hotel & Spa, he served as the Executive Chef of The Cedar House Sport Hotel and Stella Restaurant in Truckee, CA. While there, he was nominated by Food & Wine Magazine for Best New Chef in California and he received a first round nomination for best new chef by the James Beard Foundation. 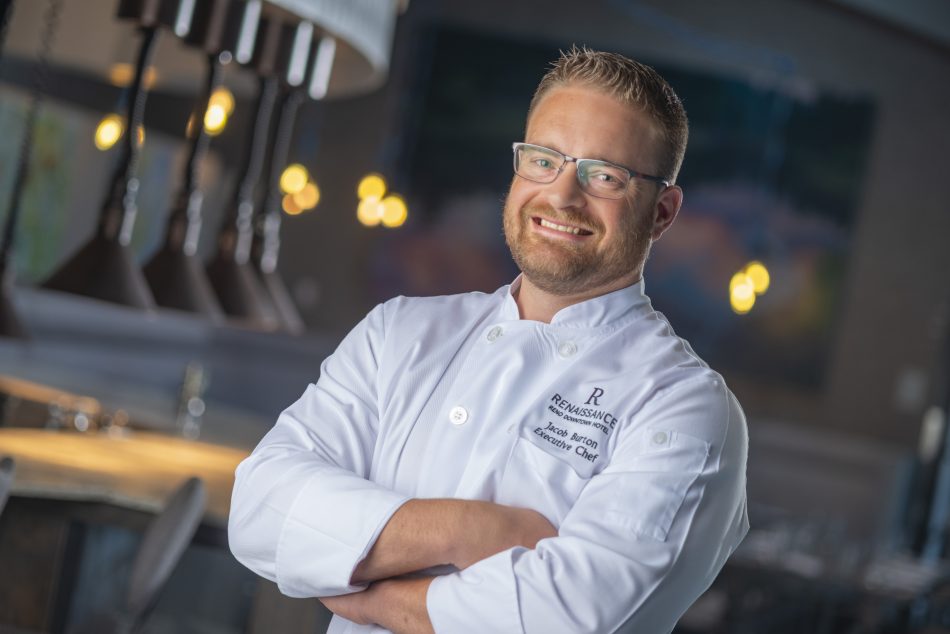 He has very much enjoyed this exploration at the Renaissance Reno Downtown Hotel & Spa, working alongside his incredibly talented team (many of whom have been with him since the hotel’s opening year) at Reno’s only restaurant with a large deck directly on the river.

While cooking is his first love, he also enjoys the business side of his role and that it’s constantly changing. “You have to understand business, economics, marketing, the human psyche, how to inspire and lead people, operational execution, as well as how to cook,” he shares.

When he’s not creating new delicacies for his guests, he enjoys spending time with his wife and daughter, gardening and practicing Brazilian Jiu Jitsu. Oh, and he’s also happy to share his cooking secrets through StellaCulinary.com, where he has 230+ culinary instructional videos along with his Culinary Boot Camp Curriculum, often referred to as the “Rosetta Stone of Cooking.”

\
We use cookies on our website to give you the most relevant experience by remembering your preferences and repeat visits. By clicking “Accept All”, you consent to the use of ALL the cookies. However, you may visit "Cookie Settings" to provide a controlled consent.
Cookie SettingsAccept All
Manage consent

This website uses cookies to improve your experience while you navigate through the website. Out of these, the cookies that are categorized as necessary are stored on your browser as they are essential for the working of basic functionalities of the website. We also use third-party cookies that help us analyze and understand how you use this website. These cookies will be stored in your browser only with your consent. You also have the option to opt-out of these cookies. But opting out of some of these cookies may affect your browsing experience.
Necessary Always Enabled
Necessary cookies are absolutely essential for the website to function properly. These cookies ensure basic functionalities and security features of the website, anonymously.
Functional
Functional cookies help to perform certain functionalities like sharing the content of the website on social media platforms, collect feedbacks, and other third-party features.
Performance
Performance cookies are used to understand and analyze the key performance indexes of the website which helps in delivering a better user experience for the visitors.
Analytics
Analytical cookies are used to understand how visitors interact with the website. These cookies help provide information on metrics the number of visitors, bounce rate, traffic source, etc.
Advertisement
Advertisement cookies are used to provide visitors with relevant ads and marketing campaigns. These cookies track visitors across websites and collect information to provide customized ads.
Others
Other uncategorized cookies are those that are being analyzed and have not been classified into a category as yet.
SAVE & ACCEPT